Today we met the three other families from our agency that are traveling the same time we are. We met bright and early to do the traditional Beijing tour - Tiananmem Square, Forbidden City, and the Great Wall. Same tour we took in 2012, only this time we weren't bundled up in layers of clothing trying not to get frostbite. Instead, we are here on a pretty clear day with a "strong sun" as our guide tells us, sweating instead of freezing. And this is supposed to be the coolest we'll be the entire trip. Yikes, this Indiana girl hasn't had enough summer yet to prep for this.

We started at Tiananmem Square, and what I quickly learned to appreciate about our guide Emma, is that she is all about avoiding the crowds when she can and finding us shade to stand in. Neither of those are an easy feat in Beijing, but she did an amazing job.  Emma was filled with historical information about the square and the architecture at Forbidden City. She also was able to tie in things with what we saw yesterday at the Temple of Heaven.  So even though we've been here before, we all walked away having learned something new. 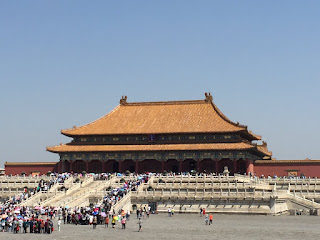 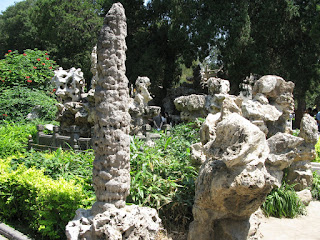 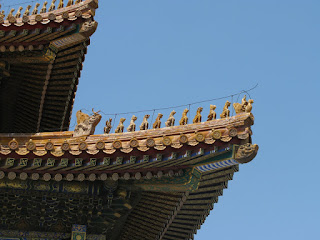 We spent most of the morning there, before heading to the Great Wall. We stopped for lunch close to the Wall, and it was good to get to know our travel mates better. Turns out one of the families, although from Florida, is originally from Indiana, and even lived in Brownsburg for many years. Small world.

By the time we got to the Great Wall, I had decided this was one I was going to sit out. Remembering how difficult some of those uneven steps are, I had a "been there, done that" moment and decided my feet/ankle just couldn't take it after two days of walking already. So I sat back and watched Andrew and Chris tackle those crazy steps. It was still pretty amazing seeing the wall- it's breathtaking and a different perspective seeing it in summer. 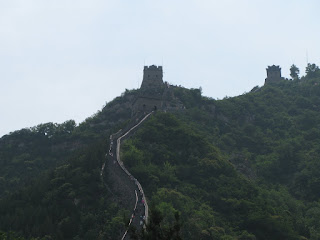 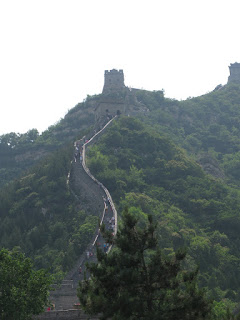 The best news at the end of the day was that Emma had our official TA documents we needed for the adoption. Under normal circumstances you never even make your plane ticket purchase until you have this document in hand, but due to the urgency of getting this adoption completed before Matthew's birthday next Saturday, we've been doing a few things out of order. So I've been sweating waiting to get this document in hand.  Let's be honest, I've just been sweating ever since we got here, but our TA document is now one less thing I can blame it on. Tomorrow we leave for the airport very early (5:20), on our way to Nanning where Matthew is. Emma tells us he's already there as he had something he participated in Nanning this week so they decided to just stay and wait. The other good news we heard is that's he's very excited about being adopted and moving to the US. Let's hope he still feels that way after meeting us all, especially since we'll be the sweating Himsels in Nanning, where it's supposed to be close to 100 degrees with 80-90% humidy.
Posted by Deb Himsel at 11:30 PM